Welcome to a brand new season at Ca’ Pietra. Order your copy of the 2021-2022 collection brochure here.

When Imogen Coles of @oneslowsunday bought her new house in London, it was a few weeks before the UK went into its first lockdown. “We’d been thinking about buying for years, but this was actually the first house we set eyes on,” she reveals. “I wouldn’t say we fell in love – it was a 1960s ex council house with no character but it won us over with the potential. We’re right on the edge of a park at the end of a cul-de-sac with a big garden, the dream in London!” 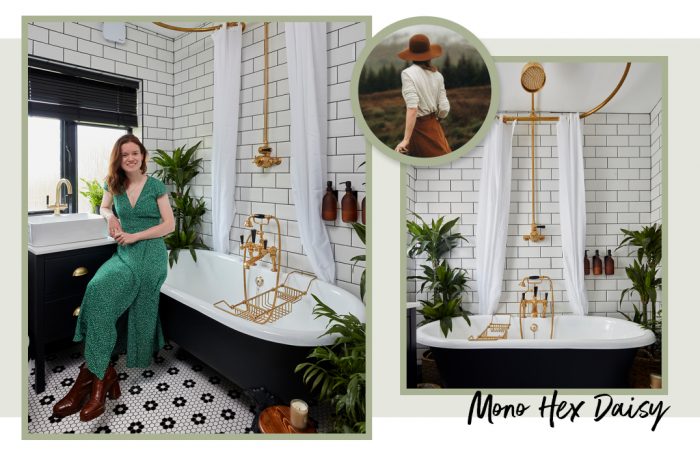 The house hadn’t been touched since its original incarnation so the old carpet, broken windows and orange wood kitchen had to go. The two bathrooms were previously decorated in the same peach style with faux wood features so Imogen knew she wanted to make a statement in both rooms, and these have been the last spaces to get the renovation treatment. “We wanted something that felt like the Victorian bathroom I’ve always wanted,” says Imogen, “but with modern features that don’t date the property. I’ve always been very conscious throughout the renovation that we don’t look like we’re trying to replicate Victorian or Georgian housing in a 60s space but rather taking inspiration and modernising.” 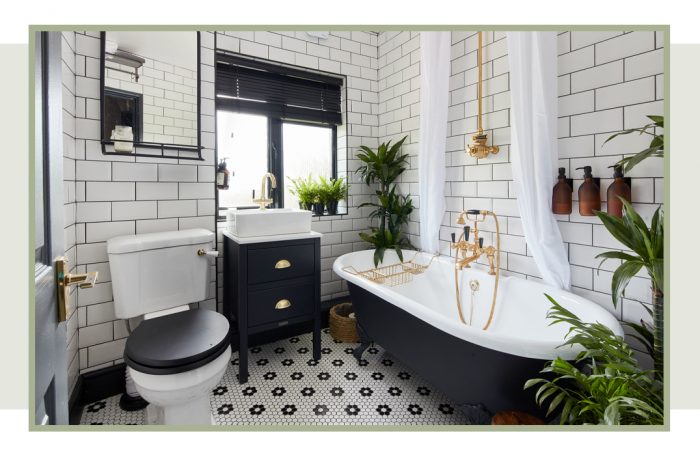 For the design, Imogen chose Victorian America as her inspiration – simply styled with metro matt white wall tiles and our Mono Hex Daisy for the floor. “We used these beautiful Daisy tiles to bring a little detail, as the Victorians were known for,” explains Imogen. “On fixtures and fittings, again we wanted something simple with the brass taps and shower unit, but we ensured everything wasn’t lacquered so that it would age over time and bring new life to the bathroom. Monochrome wasn’t a deliberate choice, as historically I always avoid black and white. My living room for example is bright green and our bedroom, a deep dark navy. But with hints of brass and a collection of wonderful green foliage, the monochrome actually allows the key features to stand out. 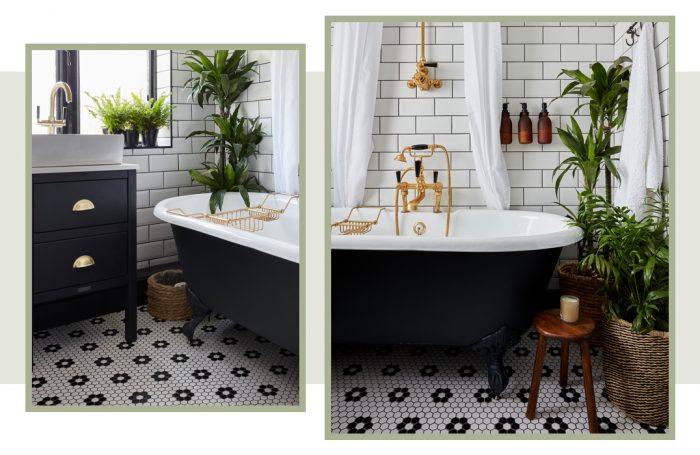 “I’ve admired these Daisy tiles for a long time from afar. For me the daisies are timeless and a real talking point. You know your tiles are beautiful when the tilers stand back to admire them as they come out of the box!” 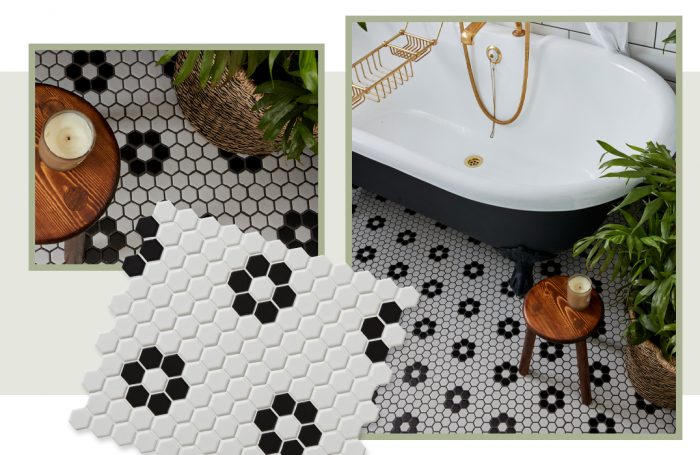 Additional elements include a custom-made painted vanity unit from Harvey George and a bath, shower and taps from The Cast Iron Bath Company. “I was drawn to them both because you can have the bath and vanity painted in any shade” says Imogen. Imogen is thrilled with the end result of the new bathroom, as well as the fact that her plants are thriving, “I’ve never managed to keep plants alive longer than a week or two, but the bathroom seems to be my lucky charm. They’ve been alive a good few months now and are still going strong.”

Category: Round To Theirs, General