We offer up to six FREE cut tile samples of any of our products. Discover more, here.

Home A Project For Spring: The Downstairs Loo

A Project For Spring: The Downstairs Loo

Make your first project for spring one that’s small but mighty.

Wondering where to kickstart your decorating plans for spring 2021? Too soon to take on the muddy, mossy garden? Can’t face the inconvenience of redoing the hallway? Then why not turn your attention to a room typically so small, so unsuspecting, so underrated, so full of potential? Yes indeed, the downstairs loo, small as it may be, is a space ripe for big ideas. Here’s where the Ca’ Pietra team suggests you begin…

Assign It A Task 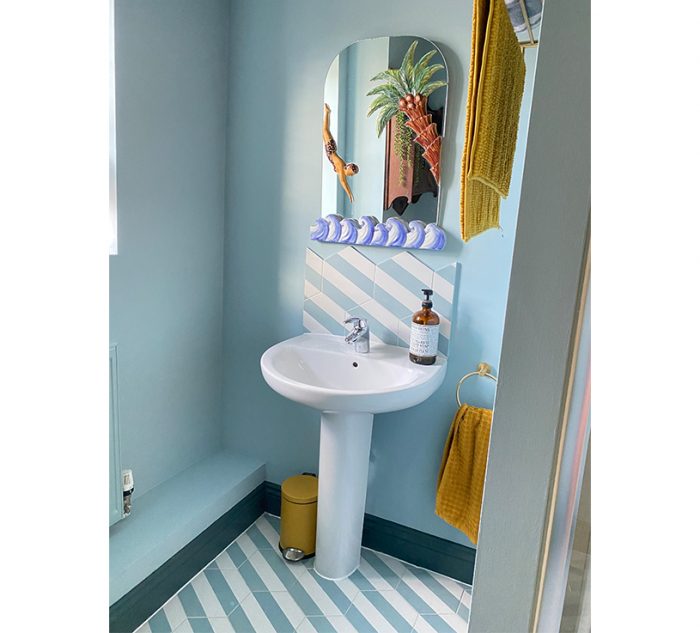 Commonly called ‘the cloakroom’, the downstairs loo is often a bit of a multitasker. Because it’s generally found a stone’s throw from the front door, it’s earned itself a role that it probably never applied for – that of housing everybody’s hats, coats and scarves so that the entryway is less cluttered.

When it comes to renovating though, it’s helpful to debate whether yours should be both. Is there the space for it to successfully carry out all of its duties or are you wading through coats, akin to the Narnia closest, just to reach the sink? If so, then rethink how you’re going to use the room and assign it one job that it can do beautifully. 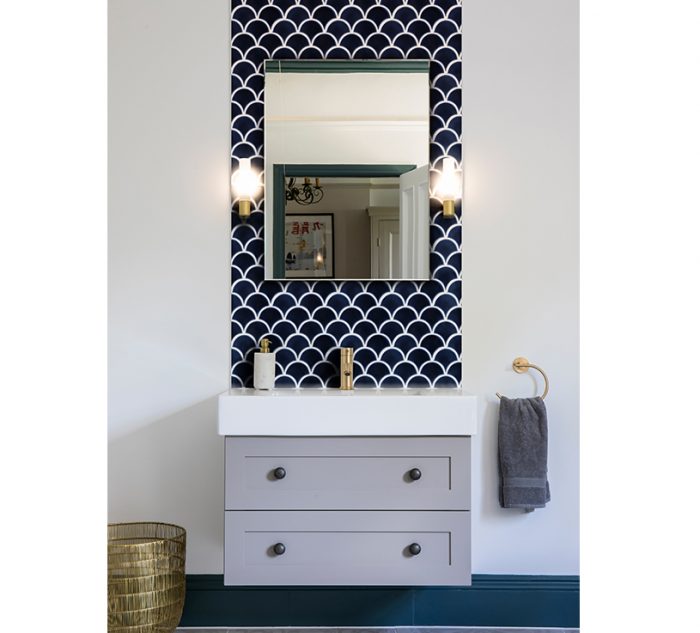 One of the best bits about decorating the downstairs loo is that it’s one of those rooms where interior designers suggest you can really let loose and go wild with your ideas. That teeny tiny footprint is the reason for it – it’s not going to overtake your home if you unleash your colourful side and it’s not a room in which you pass too much time, so you can close the door and enjoy it in bitesize portions.

At the same time, the downstairs loo can be as muted and pared back as the rest of your interior if that’s your style. So think it through, and know that if you are tempted to do things a bit differently, this is the place to do it.

Colour, Pattern Or Both? 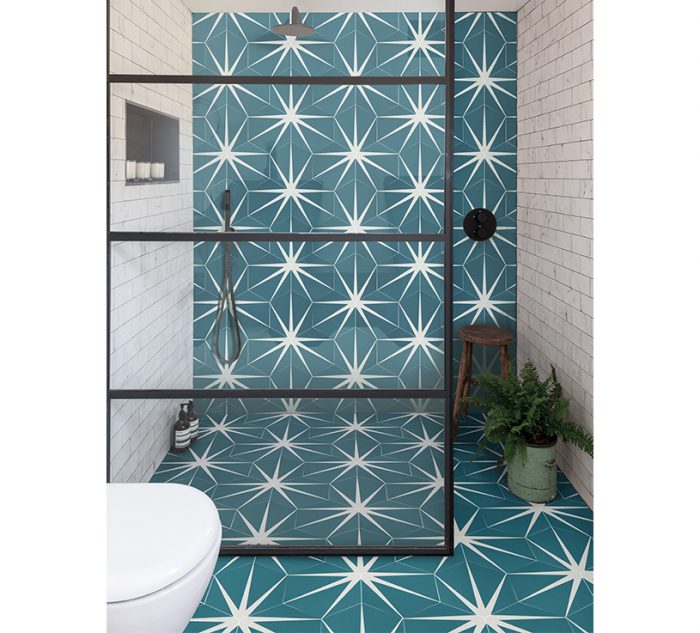 That depends on how busy you want the space to feel.

A patterned floor is a good idea in a small bathroom as it will make it feel larger (the pattern distracts from the square meterage), while the walls are more suited to a plain tile. But that doesn’t mean to say that you can’t combine a splash of colour in the same confines. Remember too that pattern can be subtle which only furthers the argument that colour and pattern are far from being mutually exclusive.

The best advice for decorating this, the littlest room of your home? Forget about trying to follow a rulebook and just go for whatever draws you in most when you’re mood-boarding. 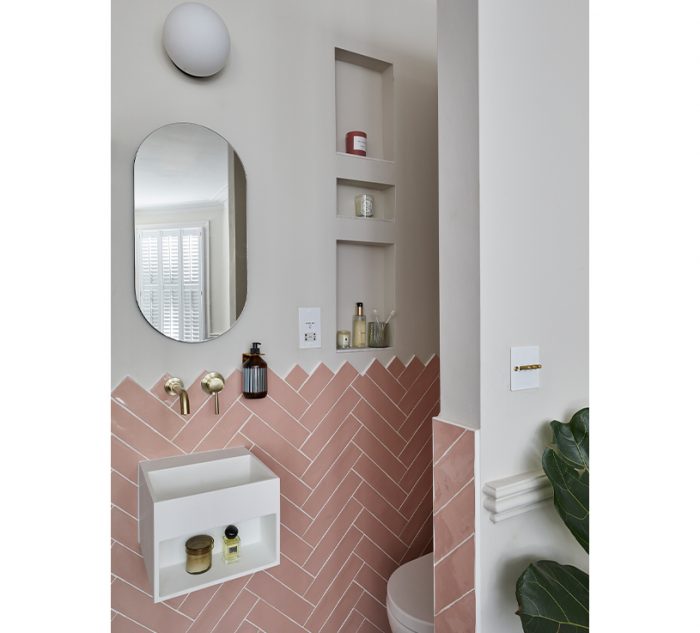 Every room is grateful for having storage space, but in the downstairs loo, ask your builder whether it’s possible to recess any of yours into the wall cavity. This means any cabinets won’t take up valuable floor space or protrude from the walls, which will only make it look and feel smaller. Better still, an in-built cabinet can then have the same wall tiles over its door with a push to open mechanism so you wouldn’t even know it’s there – smart! 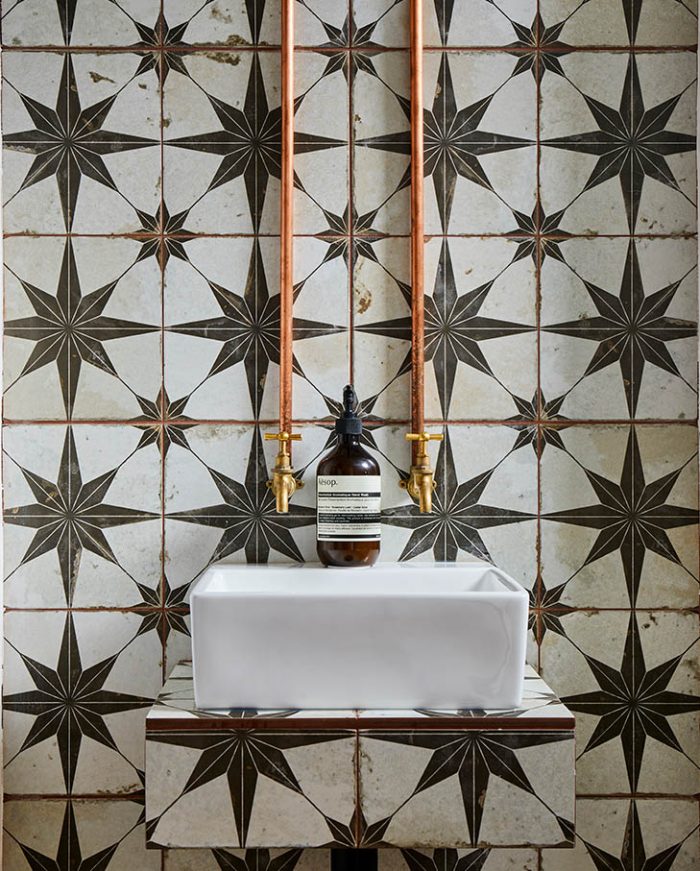 Want a quick tip for creating more space? Go for a loo and sink that are floating, wall-hung designs. Removing the pedestal from the toilet and the washstand from the sink adds instant airiness to the room. 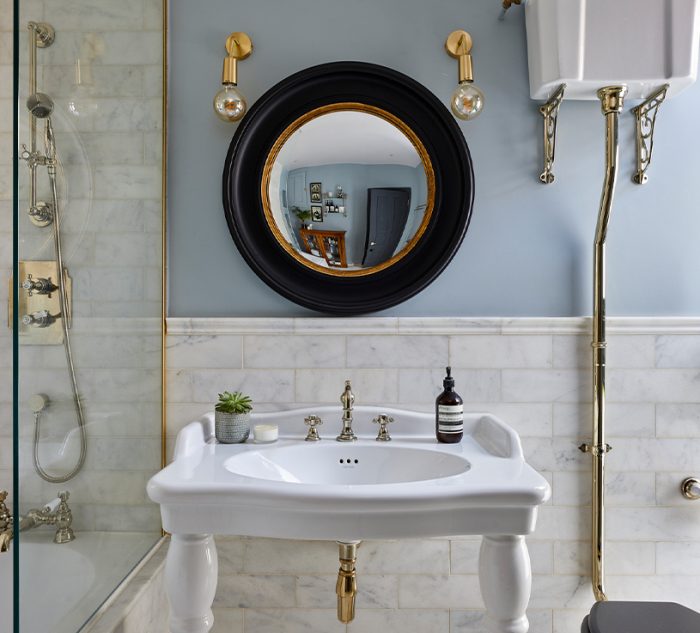 A point that we often touch on here at Ca’ Pietra, lighting in the bathroom needs to be approached with caution, always. Too often, it’s a room flooded with spotlights that makes for an atmosphere so dazzlingly bright that it becomes nigh-on impossible to create an air of calmness. So, think slowly and carefully about how much light you actually need in there and whereabouts you need the placement most. Do you even need spotlights? Would wall lights flanking the mirror over the sink suffice? Questions, questions.

Set Yourself A Project Timeline 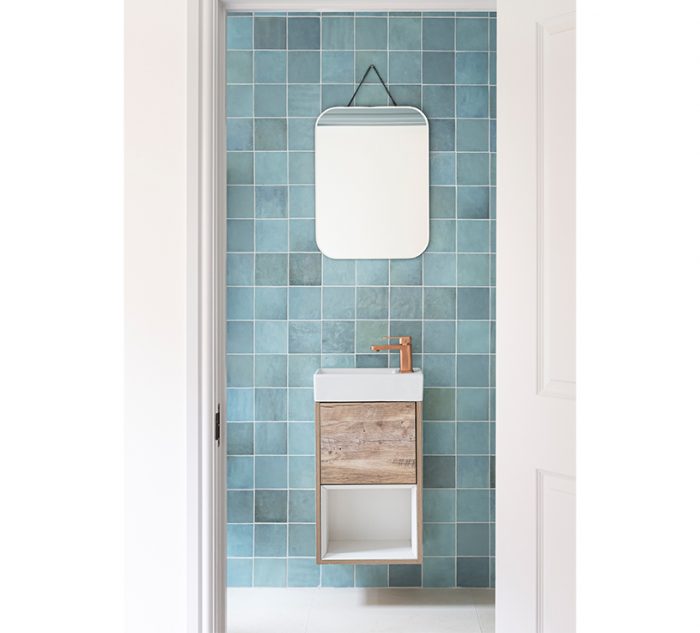 And finally, it’s time to be strict with yourself and set a start and end date to your project. Though it is a small room, that doesn’t mean to say there’s not a lot of thought and work to be done in achieving your vision, but neither should it become so lengthy that you’re still renovating in months to come.

One of the many beauties of the littlest bathroom project is that it’s pretty much a quick-win that you can have underway in no time at all, getting the new year off to a very shiny new start indeed.